I recently had to explain to my mother that dying, specifically dying when you want to, was a lot more complicated than having me (her daughter) smother her with a pillow when her faculties were gone.

It was Mother’s Day, so naturally our conversation drifted to her death and what role I would obviously play in it, when the time comes. “Well, Carolina, this seems very simple. When I become a burden– or foresee that I am going to become a burden– I will simply inject myself with something or have you give me a cocktail of something quick and lethal.” To be honest, I just assumed that my mother knew about Right to Die States. Turns out, not so much.

“Well, mother, here’s the thing. I can’t exactly give you the lethal cocktail.” She started to give me the “I changed your diapers…” speech, but I interrupted. “It’s not that I don’t want to give you the cocktail. Nothing would give me greater pleasure– in a completely selfless and dignity-protecting way– but you can’t help someone die in Massachusetts or Texas without going to prison. And while my selflessness seems boundless, it doesn’t exactly extend to going to prison. Especially if you won’t be around to put cash in my commissary account.”

She was horrified, but also still very much my mother. “Well then. We need a plan.”

At this point you may think that I’m feeling weird. But I’m not. Because it turns out that in these confusing times, where you can’t die by your own hand, and your health insurance will either be working too hard to keep you alive or not hard enough, a lot of families are having to have this talk. One co-worker of mine shared that she and her mother had a plan that involved the woods on a snowy afternoon. With a few gummies, likely, and some painkillers. Another confessed that she and her mom talked about a “final swim in the ocean.” (Which, frankly, are both excellent ideas and I feel angry that I didn’t think of them. Because I don’t think you’re allowed to steal a friend’s death plan.)

But planning your mother’s death with her help is challenging. Because what you’re actually tapping into is that black hole deep in your psyche that watches crime shows on CBS and thinks, “I could definitely get away with that.” And it’s dangerous to tap into that dark hole. Because it’s so sick and twisted. And fun. 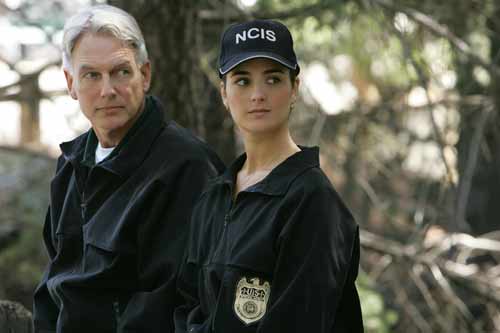 There’s an added layer of challenge, which is that I live on the other side of the country. So my mere presence at the crime scene will put me immediately in the suspect pool. Whatever highly skilled officer of the law Caldwell, Texas, has to offer is unlikely to let the slick Yankee head back to the coast before he closes the case. And there’s going to be some inherent bias because, let’s level with each other, Texans (specifically the men) don’t like a lady in a blazer. They think we are lesbians or trouble. Neither of which do they like.

So you have a mother (in the future) with quickly deteriorating faculties, an inability to really do the act herself (she’s weak and unable to do anything that involves real strength or dexterity), and we’ve agreed (because of my mother’s OCD that extends to the afterlife) that we cannot do anything that’s going to leave a mess. She knows I won’t do a good enough job cleaning it up before the reception that is likely to be held in her own home. Plus, no one will want to come to the reception if they knew the crime had taken place there. And that pesky, small town officer is likely to have wrapped the place up in police tape.

We chatted a bit about a wild animal encounter, but it could leave her alive and maimed and that would really be going from the frying pan to the fire. Snake bites are equally uncertain, but certainly easier to pass off as accidental. She’s a klutz, which may be our ace in the hole, but again, the margin of error is wide on that one and we don’t want to make the situation worse. We could move to a Right to Die state, but it turns out that the requirements are still more stringent than “I’m ready to get the fuck out of here.”

In the end, the lawyer’s daughter in both of us came out and we agreed that a notarized suicide note and the lethal cocktail was likely our best plan. It would keep me out of it, or at least create a long and landmark court battle. But it also left us with a big to-do: find a notary in the state of Texas willing to notarize a preemptive suicide note. (The Post Office, maybe?) Ironically my mother asked if there was a readily available cocktail that puts people down. I reminded her that she lives in the State of Texas. And they practically specialize in that cocktail. Right, right.

As for my role, I’m in charge of letting her know when she’s getting to that point. I said I’d find a notary.